In today’s post, I will tell you about the Tappi game. As you will remember a few months ago, Vishal Gondal, the owner of nCore, the company that made the faug game, said that they are working on three games. And one of which is Faug Game, second is Tappi musical game and third is a cricket game.

Tappi has been launched on the play store in the list of nCore game. Which you can play easily. Indian people like to play this type of musical game. Let’s review the Tappi game.

Tappi is a type of musical game called Studio nCore Pvt. Ltd. Published by It can be played while entertaining the song. Collections of different types of songs exist. Such as Hindi, Punjabi and Tamil Songs etc.

The Tappi song will be easily found on the playstore. Its file size is up to 70mb but in the upcoming updates, it can increase even more.

Different types of features are seen in the Tappi game app, which is mentioned below.

To download this game, all you have to do is follow the steps or link given below.

1. Open your mobile’s playstore.
2. After that search Tappi game app.
3. Click on the game as shown in the image below and click on the install button.

How to use / How to Work Tappi game App

Let friends tell that after downloading Tappi game it is very easy to play it. For this, you just have to watch the given video carefully. Or step.

1. Two types of tiles will be seen on the screen. One is long and the other is short.
2. Small tiles are to be touched only. And the long tiles have to be pressed till the end.

By doing this, you can easily play the Tappi musical game App with fun. This is better than an entertainment game.

Hope you have liked this game. Because its features and quality of tappi game are also excellent. They keep the entire mind focused. So you can use it. And how do you like this post? Do let us know in the comments. 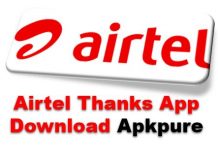 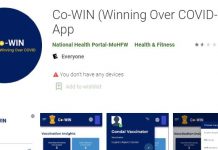 Cowin app 2.0 download : How To Register For Covid Vaccine In India